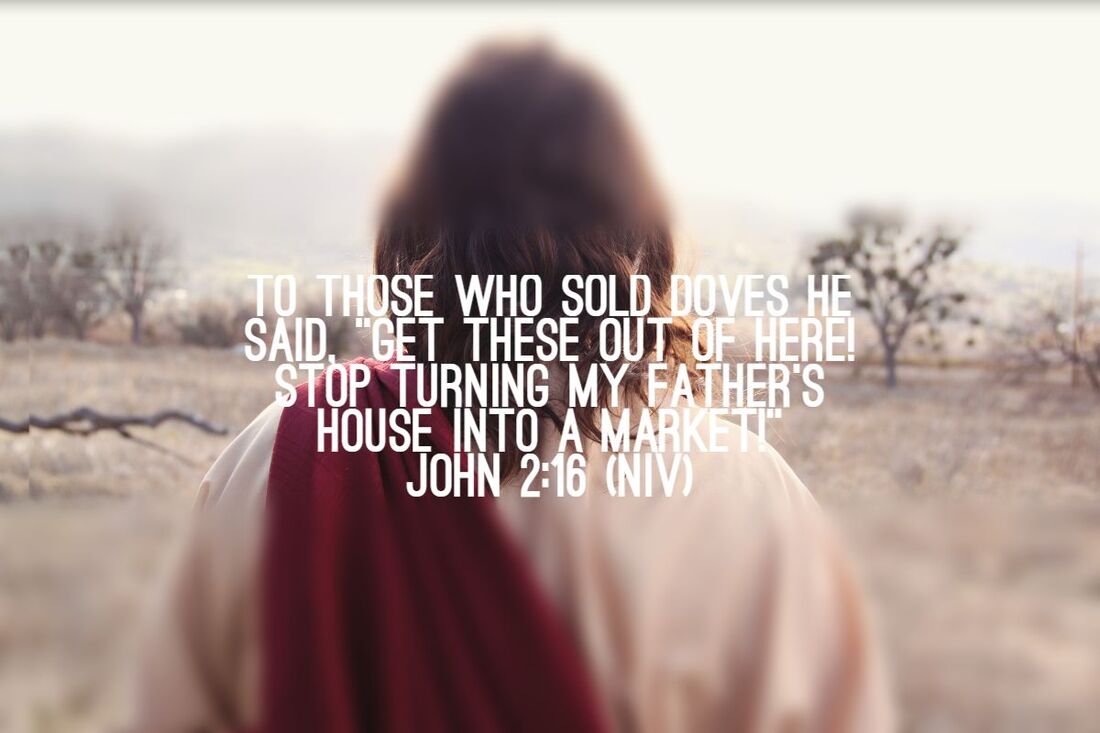 Read John 2:12-25
To those who sold doves he said, "Get these out of here! Stop turning my Father's house into a market! John 2:16 (NIV)
The Jews considered the temple in Jerusalem to be God’s house, where His glory dwelt exclusively. Like all faithful Jews, Jesus would have visited the temple frequently. But this visit would be different, as Jesus embodied the very presence and authority of God.  He declared as much in His response to the demanding Jewish leaders. (2:21-22)

The Glory of God, The Divine presence of the Holy One, was no longer just contained within a building, but was in Jesus fully. Though veiled, Jesus was fully Divine, and in Messiah, glimpses of God’s glory were evident in His words, His actions, and in the signs and wonders that were intended to confirm the identity of Jesus. He knew well the hearts of people, and that some would initially follow Him due to the excitement of the signs and wonders.

Jews were instructed to bring a sacrificial animal to the temple. But by the first century, this proved to be impractical, as Jews traveled to the temple from great distances. Merchants and money-changers had set up near or in the temple courts for convenience.

Jesus’ response to the commercial desecration of the temple was deliberate, strong, decisive, and intent on a thorough cleansing of the temple by His own hands. Jesus was clearly angry, but expressed this “righteous anger” without sinning. He directly confronted those who did wrong, took intentional steps to end the wrong-doing, and expressed His anger through controlled action. The use of force was necessary, but Jesus stayed completely in control and did not sin in His anger.
--Brian Ralston
​

Prayer Focus: Lord Jesus, remind us today who you are, how all authority is Yours and how You know the hearts of all. Help us to not be distracted by the noise, chaos, or disagreements. Help us to not focus on the presence or absence of signs or wonders, but rather focus only on Your presence. May we emulate Your focus, passion & self-control. Amen.