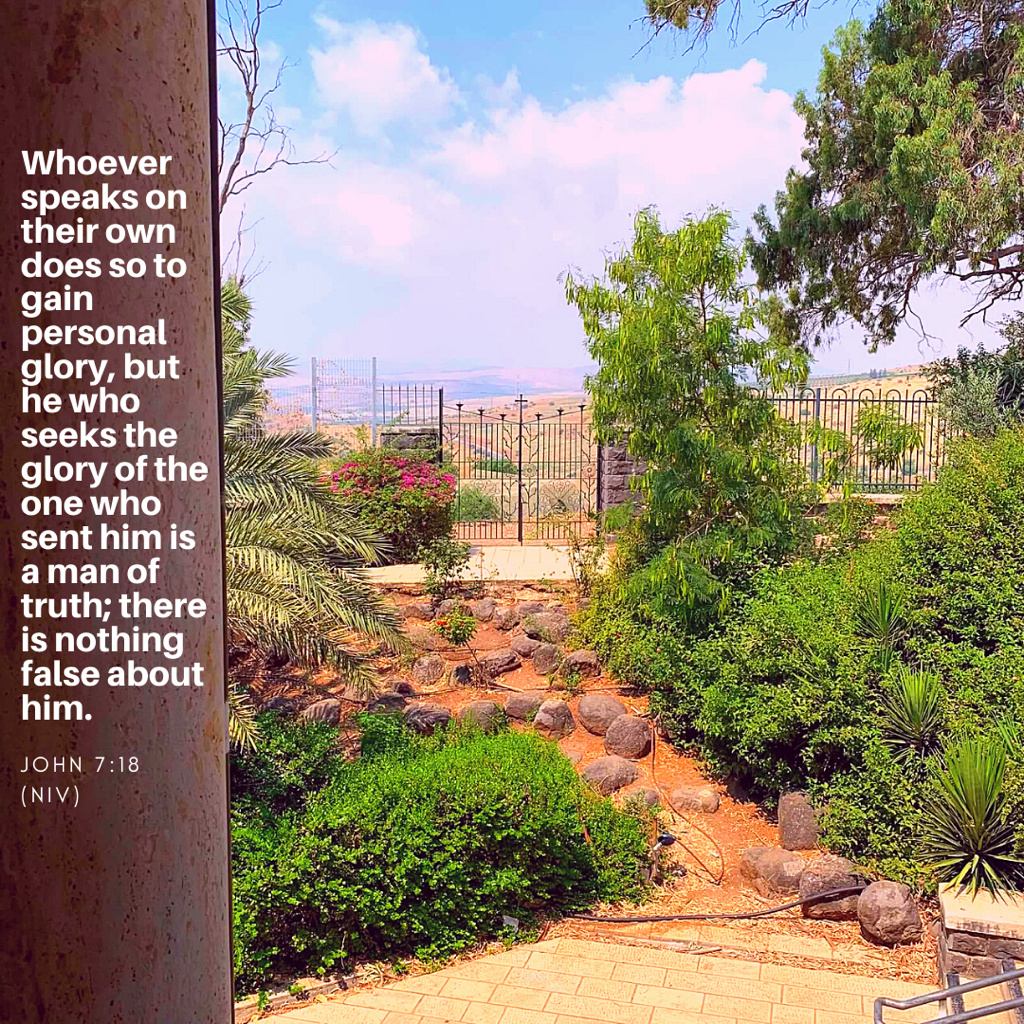 Read John 7:1-24
"Whoever speaks on their own does so to gain personal glory, but he who seeks the glory of the one who sent him is a man of truth; there is nothing false about him.” John 7:18 (NIV)
Sometimes we wonder about the meaning of Jesus’ teachings. How do we reconcile Jesus the man and Jesus as God among us? We see this push/pull in the Gospel of John. So, what do we do? Well, Jesus tells us what to do: Practice what he says. Obey his words. Repent of your sins. Come to him. Cast yourself upon his mercy. Believe in his forgiveness and go out and treat people the way he says to. Then you will know from an inside knowledge that no one can take away that what he says is true, because his teaching is in line with reality.

This is a principle that runs all through life: You learn by doing. As a student, I experienced two very different doctoral programs one taught only theory while the other focused on putting theory into practice. In the first program I learned about education but in the second program I learned how to be an educator.

This explains the phenomenon of certain people who become Christians -- some of them early, some late in life -- who immediately practice what they have learned and grow with astonishing rapidity. Why is this? It is because they are doing what they hear. Those who put into practice the truth they hear begin to grow immediately.

Verse 18 reveals the mark of an authentic learner: "He who speaks on his own authority seeks his own glory; but he who seeks the glory of him who sent him is true, and in him there is no falsehood." That was true, of course, of Jesus. He did not seek his own glory. He did not care whether he spoke to one person or a great crowd in the courts of the temple. What he said was always true and always compassionate, and he did not care whether anybody praised him or not.
–Roe Darnell

Prayer Focus: For Centenary’s staff and volunteers that they will experience God’s love and encouragement daily in ministry.